Nice asphalt through the north end of the park. I found the way south turned to dirt and became impassable. I returned to Roger Tilbury Park South ten days later. 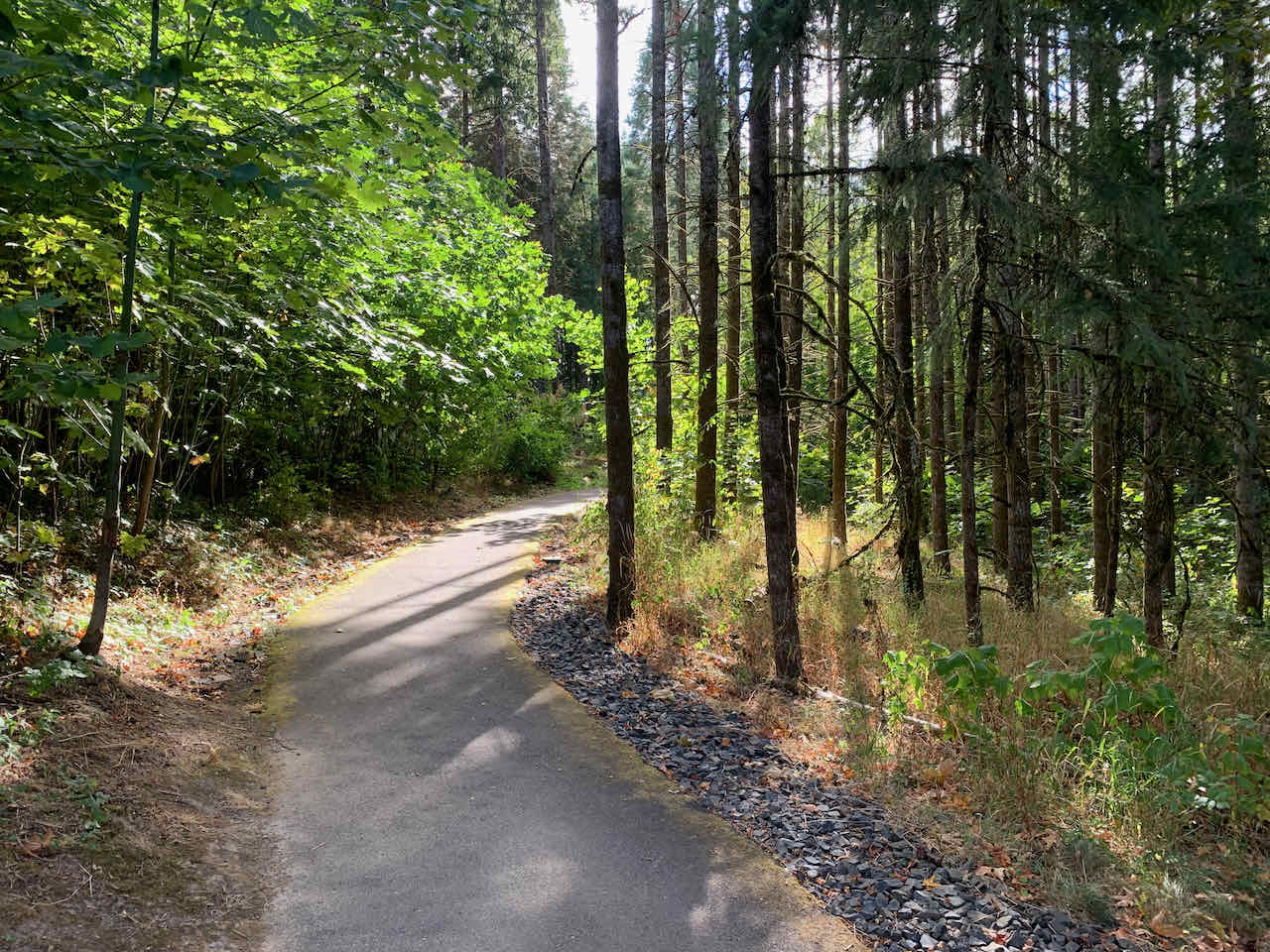 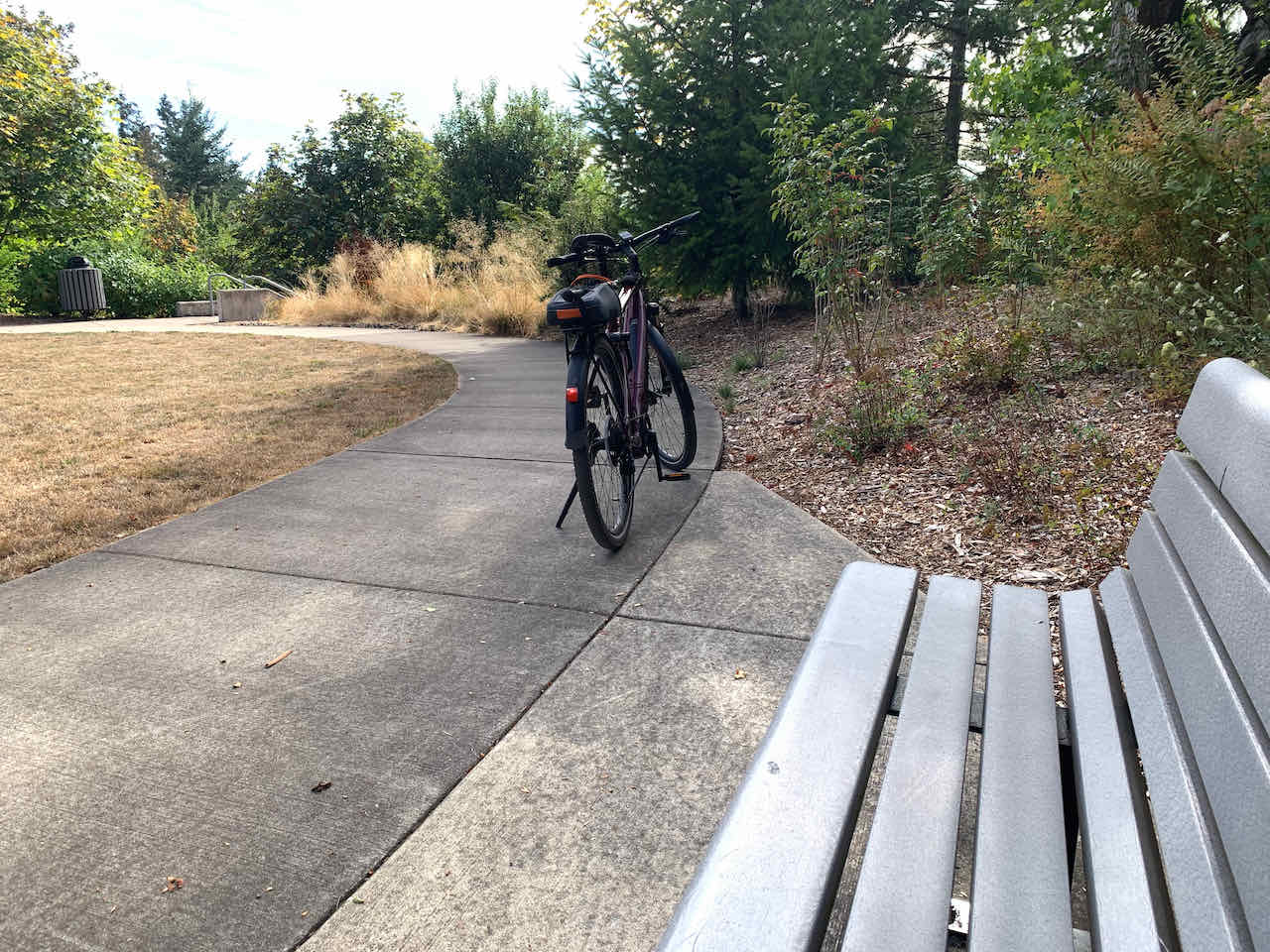 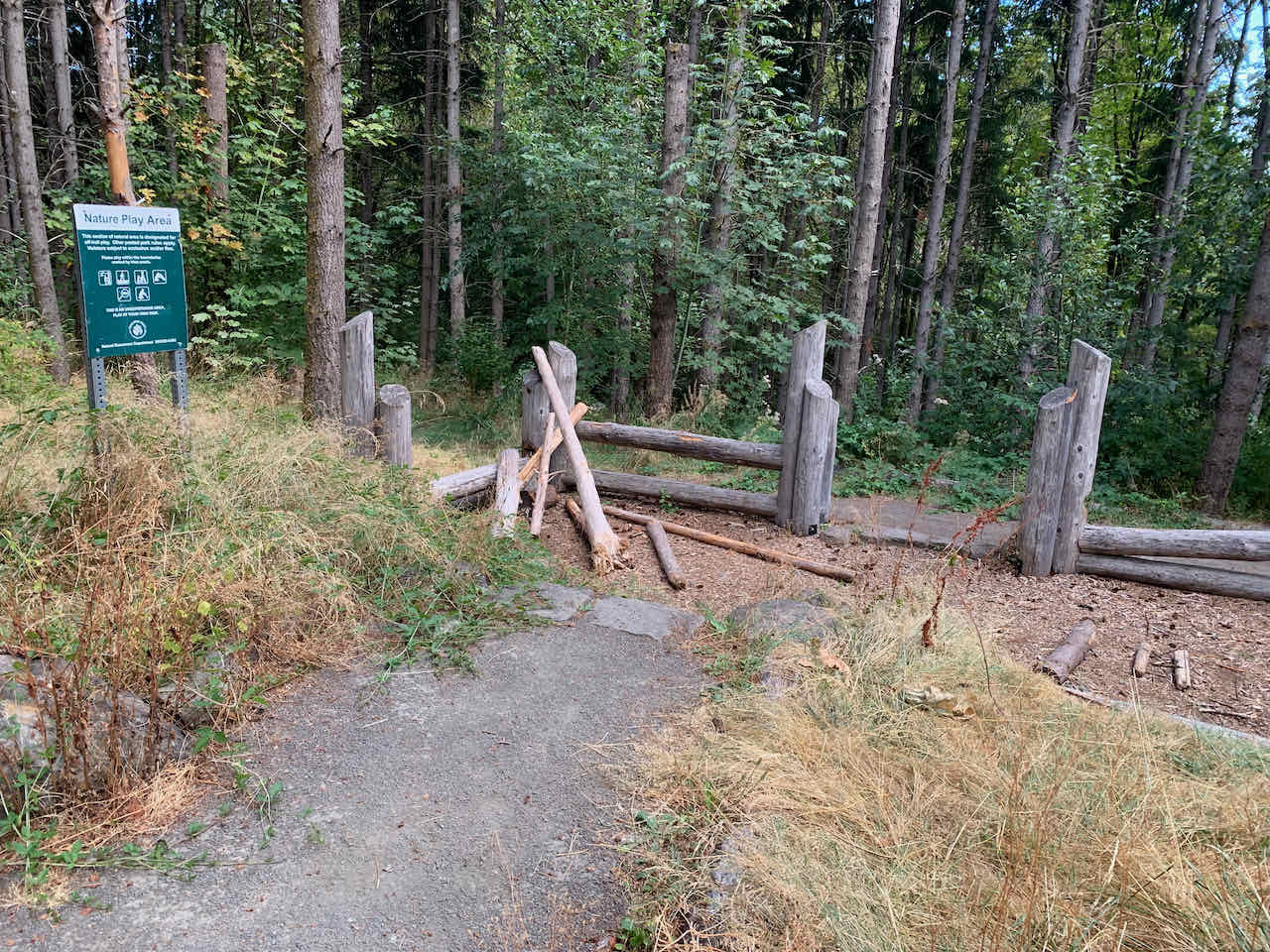 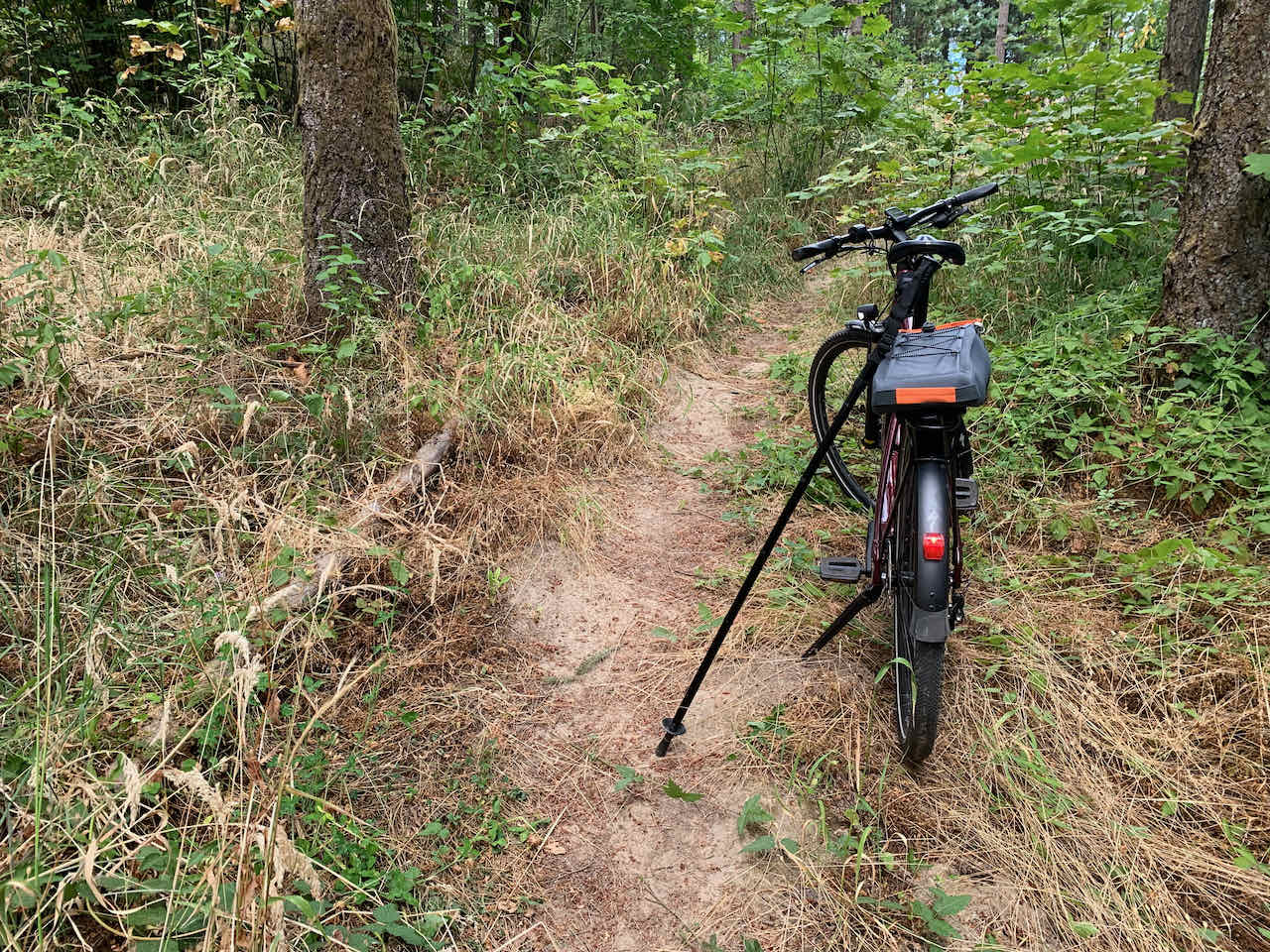 The dirt trail became steep and narrow. I parked and started exploring with my walking stick. 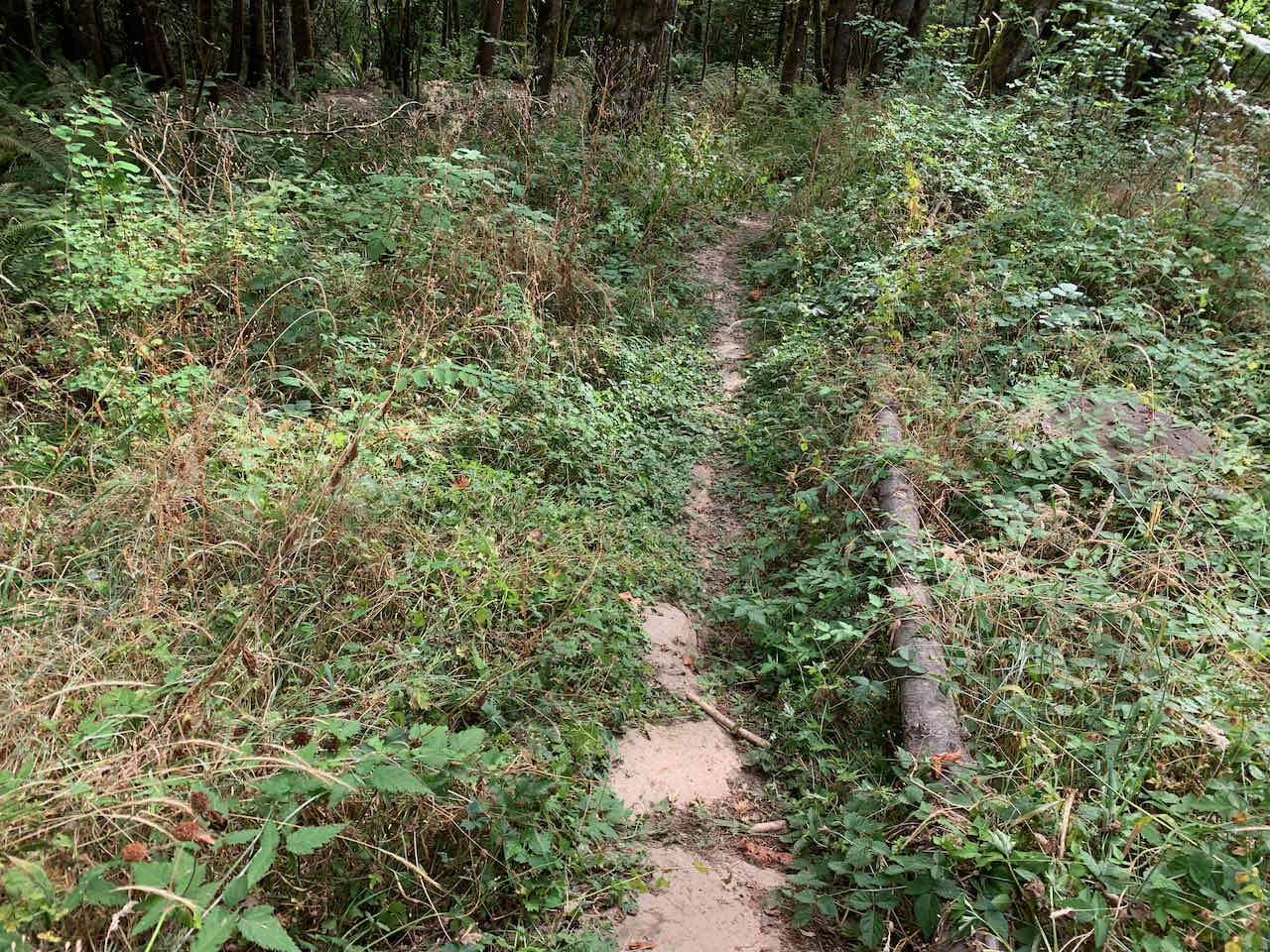 I judged this six foot section of trail too steep to even walk. I turned around only to tangle my feet in vines and land on the stump just to the left of the trail at the bottom of the picture. 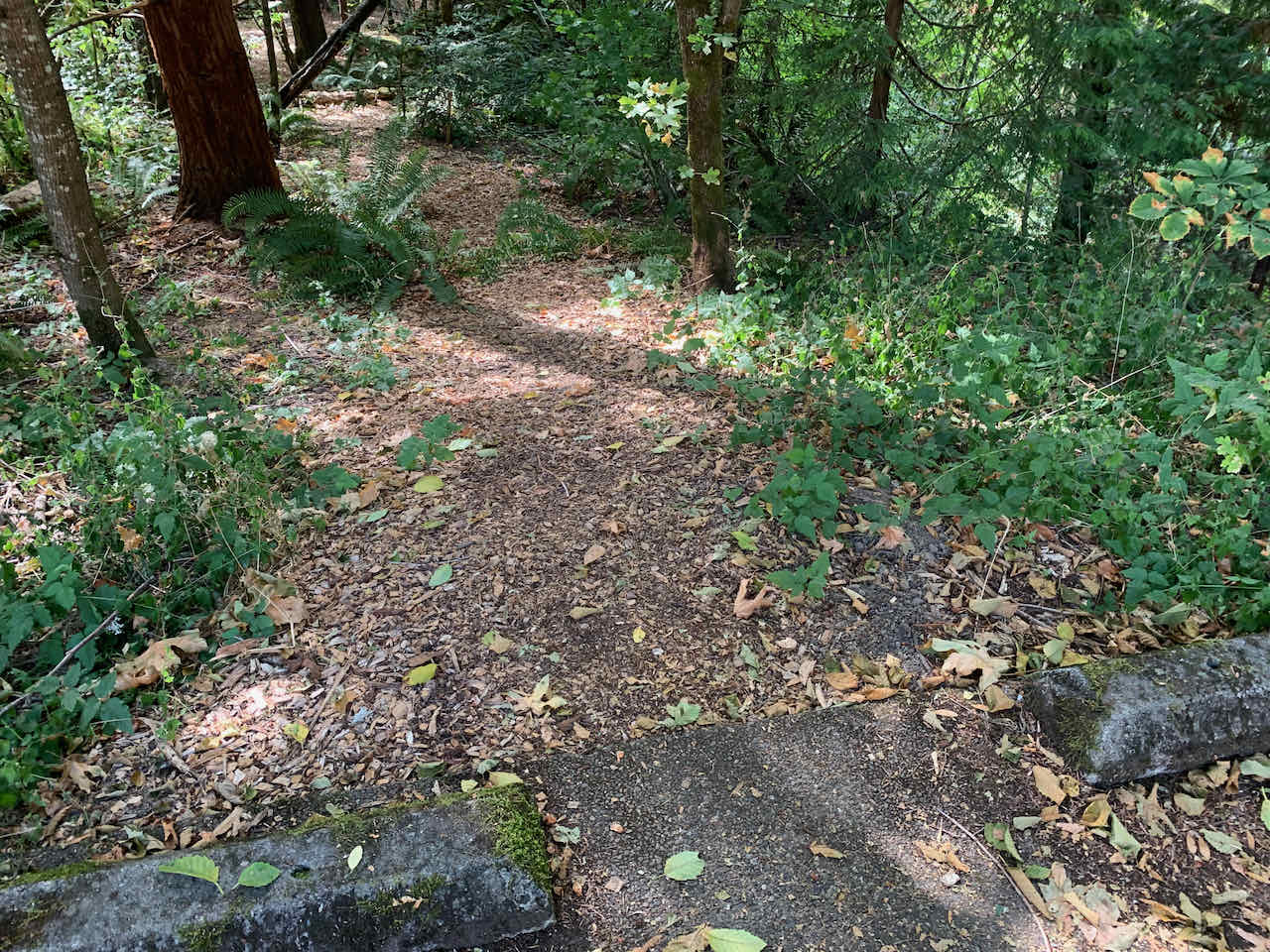 I turned off of Leahy Road early in my ride to see what was to the north of my route. I saw trail but chose to pass it up preferring my many scheduled stops. I later found that this was darn near the end of the trail documented above. Also the location of the Trillium Hollow Cohousing which looked pretty sweet and not overly concerned about the occasional bicycle rider. cohousing