Here the Canal meets the Tualatin River. The park has two parts but only the west part was accessible from this entrance. 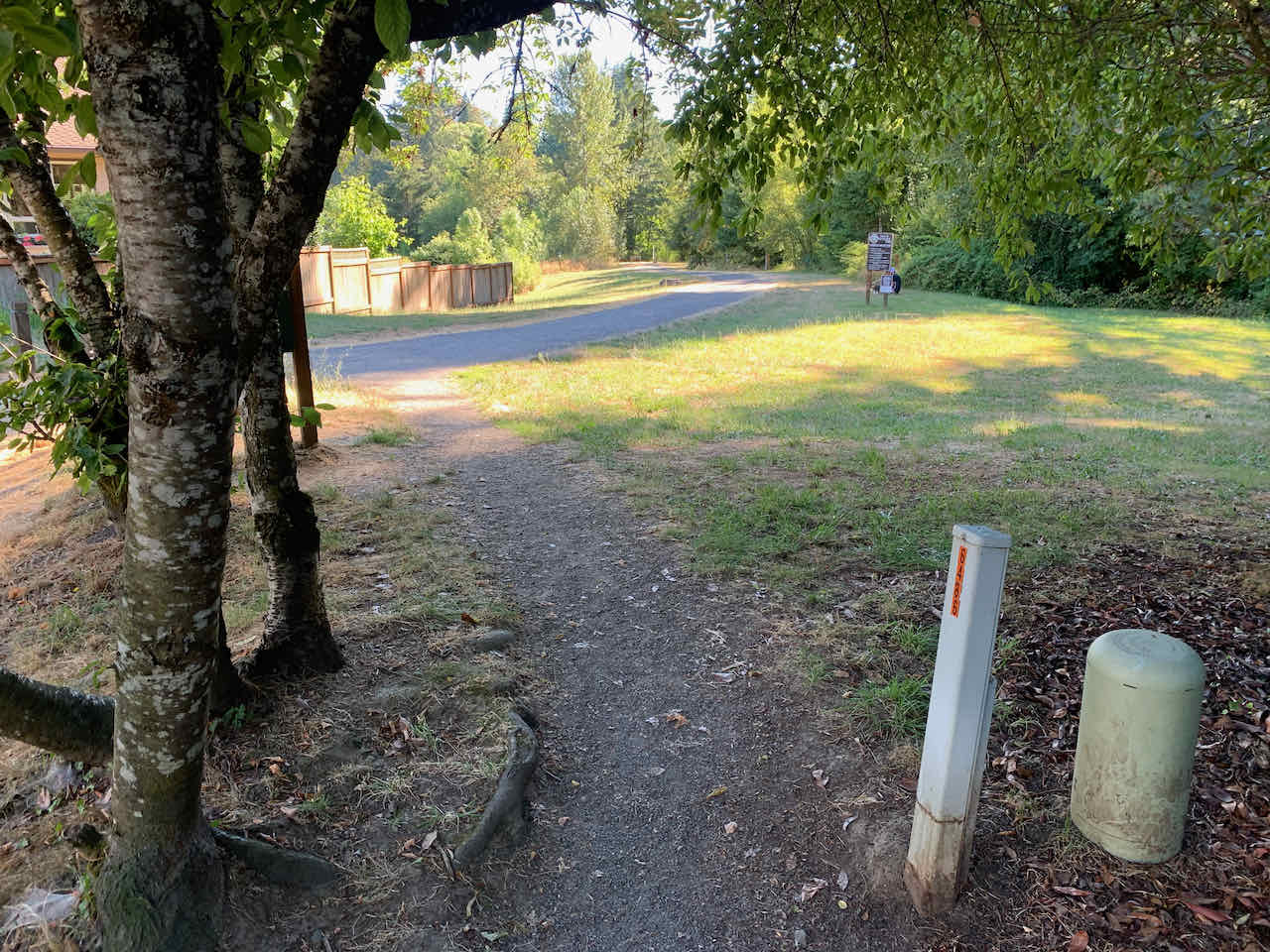 "May Peace Prevail on Earth" in several languages. 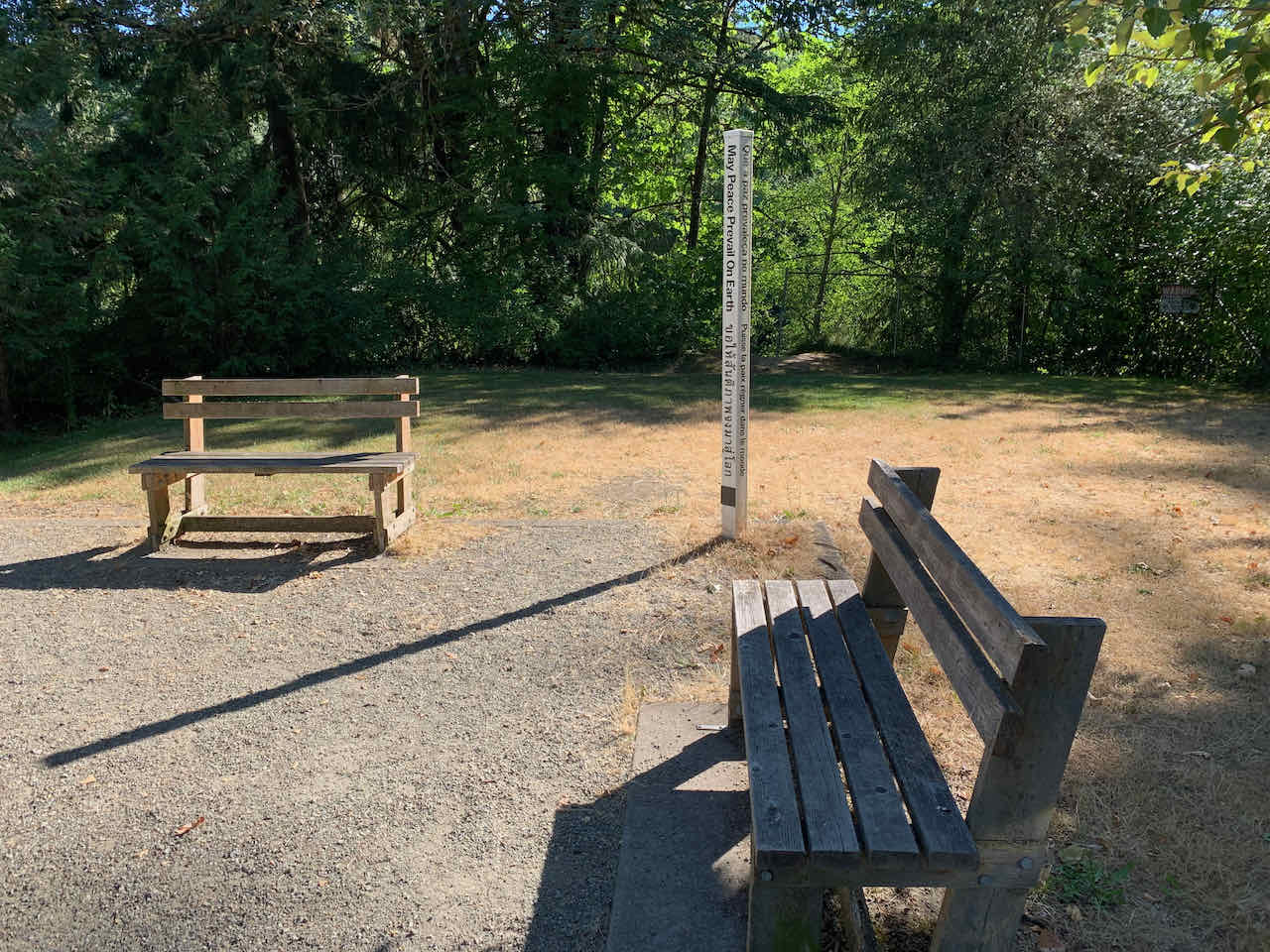 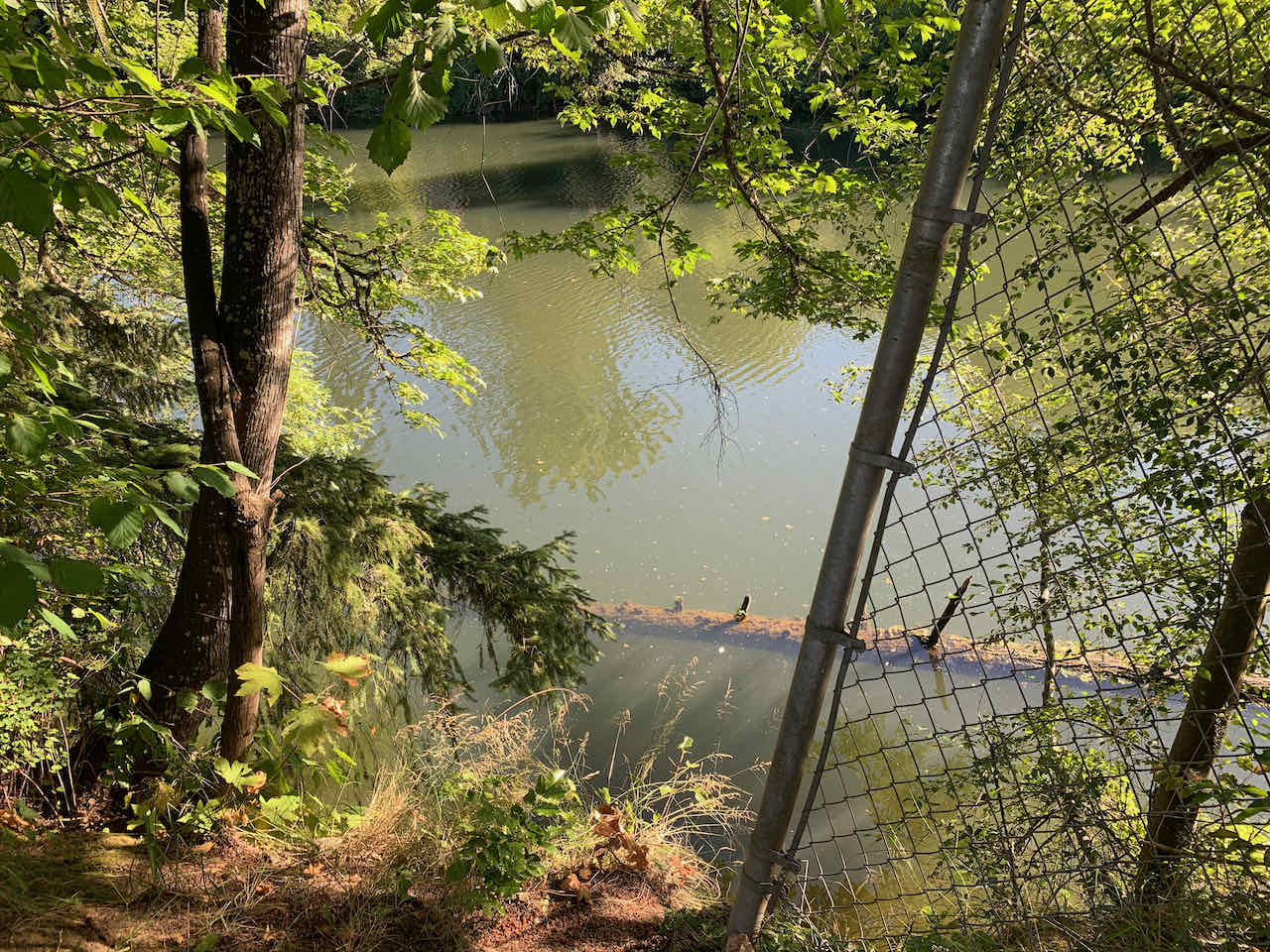 The Oswego Lake Canal headgate was installed in 1905-1906, more than three decades after the opening of the canal linking the Tualatin River to Oswego Lake. The canal diverts a portion of the river flow into the lake. The gate was installed in the center of a wooden crib dam. Engineers reinforced the stonewalled channel with gunite at a later date. The heavy wooden gate is 13 feet high and approximately 6 feet wide. Two men turned the large crank handle to raise the original gate. 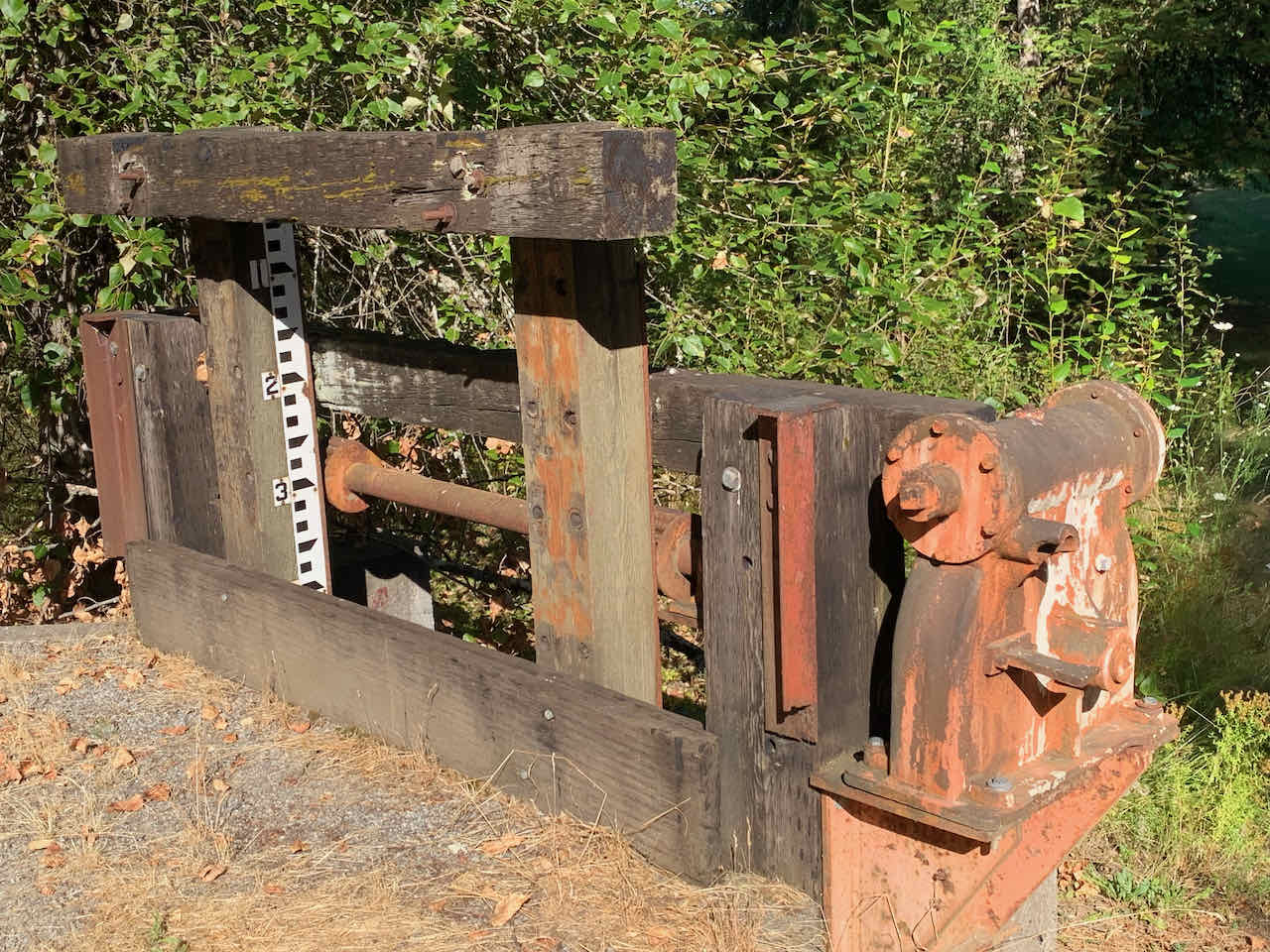 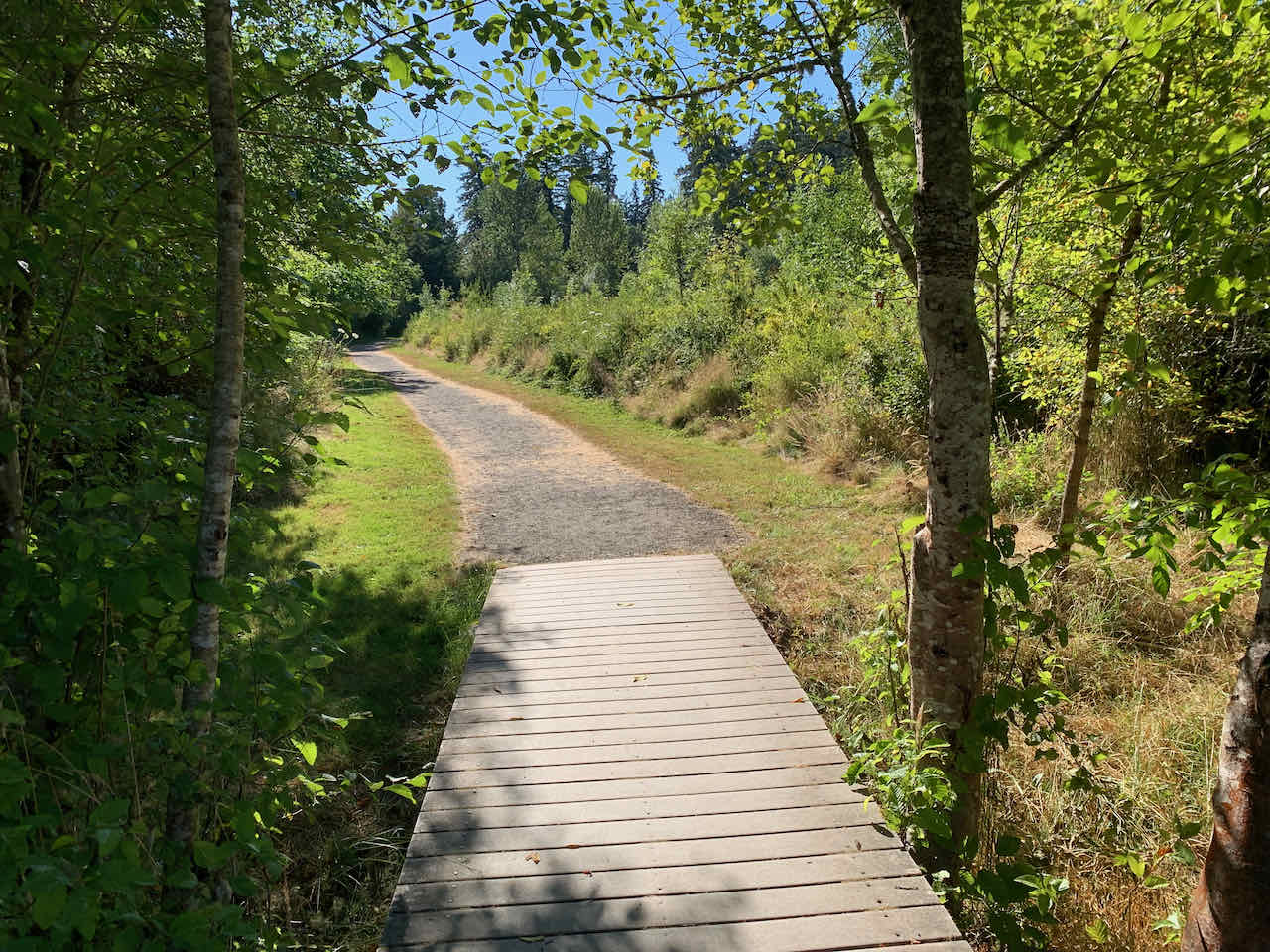 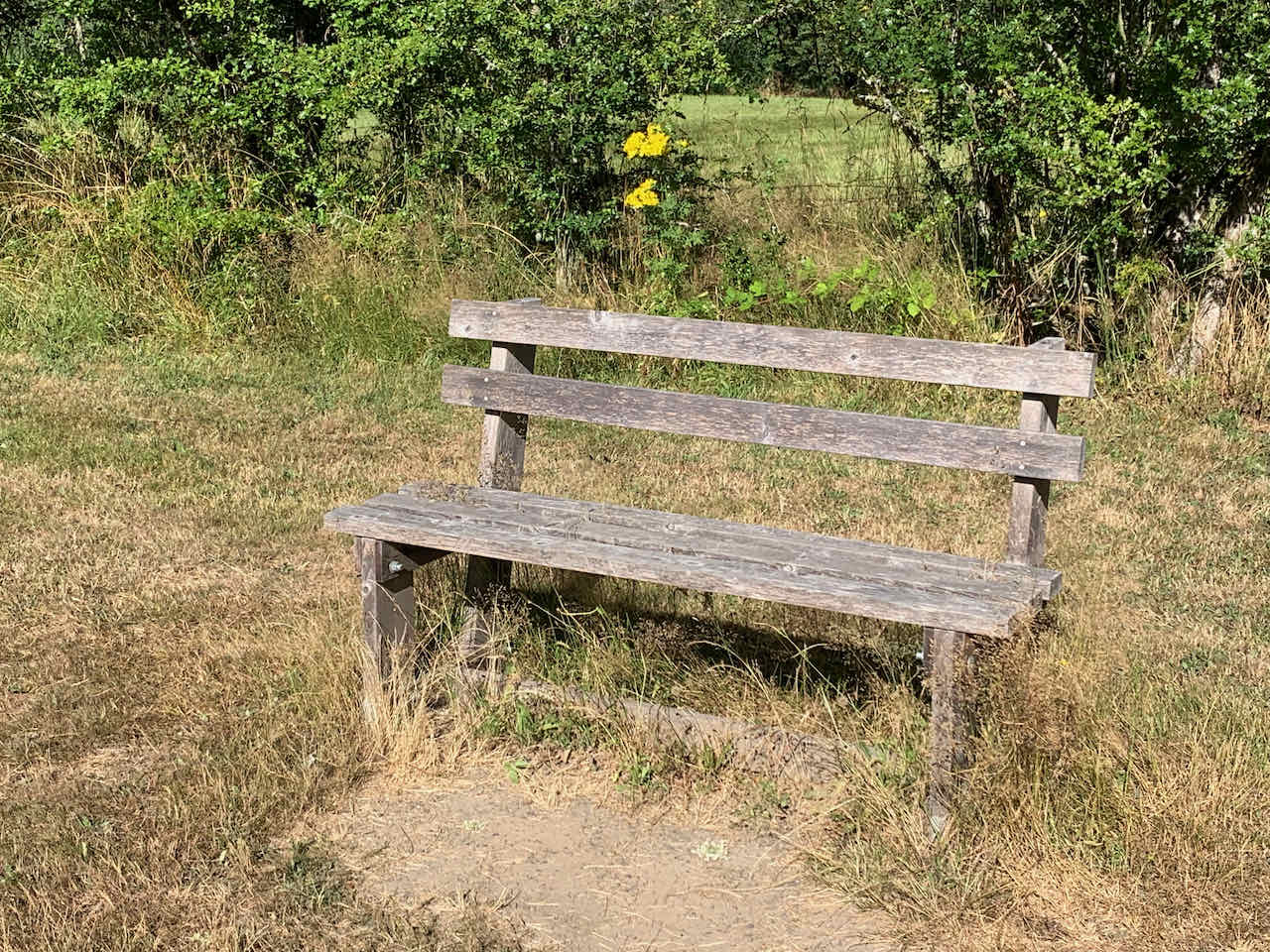